Why eating 4 cloves of garlic per day is beneficial?

by curehil 3 years ago3 years ago
1view
0
3 shares
To get all the benefits of garlic, you can chop it and let it rest so that it releases allicin instead of destroying it.

“Garlic takes us away from the doctor.” This popular saying can not be truer. There is much research on the virtues of this super-food … And we find more and more properties!

Used since antiquity by different civilizations (and even advised by Hippocrates, the father of medicine), garlic is very good for health.

Although they did not know its components, the Greeks already used garlic for its medicinal properties.

It belongs to the Allium family (just like onion and leek) and contains a compound called allicin, which improves the health of people who consume it assiduously.

It is this substance which gives it this characteristic odor.

In the same way, it brings us manganese, vitamins B6 and C, selenium and fibers. It does not contain many calories but many proteins.

The properties of garlic 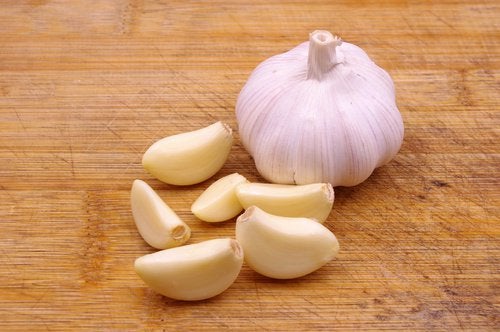 Consuming several garlic cloves each day will help you prevent the following ailments:

As well as other degenerative diseases such as dementia. This ingredient found in many dishes contains antioxidants that avoid the destructive action of free radicals.

It protects the body from oxidative problems and increases the amount of cleansing enzymes that purify the blood .

Garlic is recommended for people who have high levels of LDL cholesterol, as well as for those with a history of heart disease. 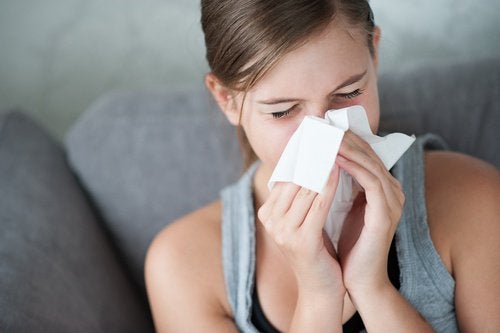 Thanks to garlic, you can quickly relieve cold and sore throat. The duration of the symptoms is reduced by 70%.

If you are vulnerable to climate change and often fall ill in the winter, do not hesitate to consume more.

Heavy metals that accumulate in the body from food or environmental pollution can be eliminated when sulfur is consumed … one of the components of garlic!

Studies of battery workers exposed to lead revealed that this food decreased the amount of metal by almost 20%. This also affects headaches and diseases in general.

women who are in the menopause stage, garlic reduces common bone fragility problems. They affect the metabolism of estrogen, which could be the scientific explanation of this property.

Since ancient times, garlic has been used to reduce fatigue and increase workers’ abilities. For example, Olympic athletes from Ancient Greece used them before the events.

It allows a better sporting and mental performance.

In addition to all the virtues previously developed garlic serves to: 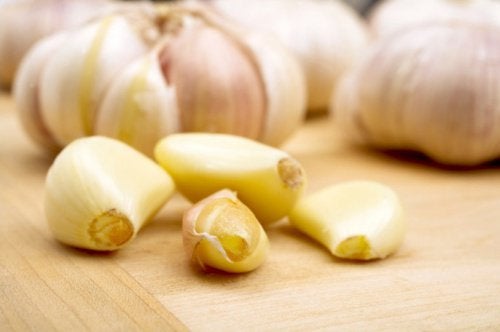 Some scientific studies indicate that, in order to benefit from the virtues of this vegetable, it is important to consume the bulb directly, that is to say without cooking it.

However, other studies claim that if  cooked  in a certain way,we will profit better from its properties.

Garlic contains several compounds. Some act without cooking and others need heat to “activate”. For example, to prevent cancer, it is recommended to cook it.

Here is a technique that avoids the loss of nutrients when cooked: chop it and let it rest for 45 minutes. During this time, the allicin activates and is not destroyed during cooking. Then, it can be eaten raw or cooked, it is equal.

Eat 4 cloves of garlic and you will be more attractive

According to research by the Scottish University of Stirling, women consider men who eat garlic much more attractive. Why this ? All the explanation lies in the perfumes expelled by the skin.

To carry out this study, the volunteer men were divided into three groups: the first consumed raw garlic, the second garlic capsules, and the third nothing.

After doing sports, they were asked to wipe their sweat on a towel. A group of women were to indicate the attraction, the masculinity and their sympathy for these men through their sweating.

According to the results, those who had eat raw garlic had a more pleasant, masculine and attractive smell. Components spread on the armpits and this has a positive effect on intimate relationships.

The anti-bacterial action of garlic allows the armpits to spread a sweeter perfume since it reduces the amount of microorganisms that cause the typical bad odor, especially after sport.